So once there was a little boy called Morozzo. He heard about the ten Magical Bugs and he wanted to have them. He went for the things he needed. So he started mission. In three days he found the first… corrupted lady bug. So in seven days he found the first Magical Bug. He put it into a safe which weighed seven tons. He went home with it, but when opened it he found nothing. He was upset, but he knew there are nine more… in the world. So he killed one of the rarest animals in the world, but there are nine more. Lucky situation. So he went for the second. In a few days… about forty-nine days he found the second. He put it into a safe, which was forty-nine tons. He went home with it, but when he opened it, he found nothing. He was upset again. But look! There are eight more. It’s still good! He left home again to find the third. He had some ideas about what happened with the bugs. Maybe they need air too. But he thought it can’t be real, cause these are the rarest animals, how can that thing happen that they need air. In three-hundred and forty-three days he found the third. He put it into a safe weighing three-hundred and forty-three tons. He went home. When he opened it he found nothing again. He had some more ideas. Maybe they need the things what other animals need, but sure it was a stupid idea cause they are Magical bugs. There are seven more. ’It’s good!’ said his friend Simon. So he tried to find the seven more in one-hundred and thirty-six thousand eight-hundred and fifty-seven days he found three more and he also killed them all. There are four more. Maybe he died, but I have to say he is alive and he is still looking. So in forty-six million nine-hundred and forty-one thousand nine-hundred and fifty-one days he found three more. A few days later, it was around infinite he found the last one. He didn’t put it into a box. He put it into a safe which was around … around … 9999999999x1099999 tons, no it’s not too heavy for a little child, so he went home with it. He opened it and the bug, that little magical thing, which was … pointless, that little thing which was the last one from that type of animals, he killed it too like the nine other. He was very upset. He went to the bathroom to wash his face. Then you can’t imagine what happened. What do you think? What did came out from the faucet? On that day it was a surprise for everyone! So, what do you think? Water! Simple water came out from that thing! Simple water! What else? And then he heard a sound. *KNOCK*KNOCK*KNOCK* FBI OPEN UP! Maybe because he killed all of the magical bugs, maybe because he did it, maybe because I’m right… Nobody knows, but there’s a thing what is clear for everyone… it’s not Ali-A in the word AustrALI-A.
No comments:
Email ThisBlogThis!Share to TwitterShare to FacebookShare to Pinterest
Labels: Stories

On March 7, 2013 Webdriver Torso uploaded it’s first video. Since then it has more than 620.000 videos. Exactly 624.701 videos. Some people said that it’s controlled by aliens and that this is the way they try to communicate with us, but later Google told us that it’s their channel. Great, no aliens or government or anything interesting. Now you might ask: ’Why does Google need this channel?’ and the reason is it’s for testing the website’s performance *cough* according to Wikipedia *cough*. In 2016 time between uploads was only an hour. The channel has three videos that are not the typical blue and red squares. One is called ’tmpP IQhI’ the other one is called ’00014’. ’tmpP lQhl’ is normal for a few seconds (if you can call these videos normal) but later Rick Ashley is going to dance on the screen. Don’t ask. If you search ’webdriver torso’ in Google the Google logo will change to a gif of webdriver torso. In the Android version L, the android version Easter egg is webdriver torso. Once Youtube replied when someone asked about the webdriver torso:
"We're never gonna give you uploading that's slow or loses video quality, and we're never gonna let you down by playing YouTube in poor video quality. That's why we're always running tests like Webdriver Torso”


No comments:
Email ThisBlogThis!Share to TwitterShare to FacebookShare to Pinterest

Sweden {Writing about a Place}

Sweden is a Scandinavian country and part of Scandinavia.
Sweden is a monarchy, so it is one of the few countries where that are still monarchies.

Sweden is in Northern Europe, and it has a northern climate.

Big ones of this country
Markus Persson
Video game programmer 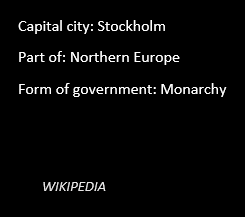 He  made several games, like Wurm Online,
0x10c, and most importantly, Minecraft.

ABBA
Music band
1972-1982, 2018(remade) -
They made several pop songs, like Knowing You, Voulez-Vous and the The Winner Takes It All. One of the biggest hits by them was  Waterloo.

No comments:
Email ThisBlogThis!Share to TwitterShare to FacebookShare to Pinterest
Labels: Places

Stuffed Cabbage
The stuffed cabbage is the best food in the BLOODY Universe. It’s definitely the god of foods. I told you! So you need 10 dkg rice, 1 kg minced pork leg, 1 piece of red onion, 3-4 pieces of garlic, salt (put in as much as you like), ground black pepper, red pepper, some oil, some flour, more red pepper and we are done with the meat part. Just mix it. We need a bigger piece of cabbage. Separate the leaves. Then YEET the mixed meat part to the cabbage leaves and cook it. 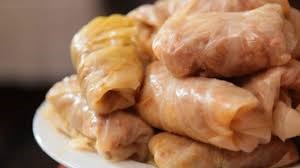 No comments:
Email ThisBlogThis!Share to TwitterShare to FacebookShare to Pinterest
Labels: Food

Okay So if it’s not made in Hungary it’s not pálinka
1st You need some plums and ’some’ alcohol. You can steal some plums every autumn during the fruit harvest.
2nd Put the not stolen plums in a barrel for fermentation and then squash them so the police have no proof that you stole them.
3rd After years when the plums are not sweet add some sugar (around 1 tons)
4th You will need ’heavy artillery’ (If you don’t have! Don’t steal one)
5th This will take long 4 you because you have to stay up overnight so get some coffee and coke and get ready.
6th You will have to stir for hours. Also, you will need a furnace that’s why you have to stir so let’s go !don’t steal one. You will need a cauldron too so !don’t steal that either. After some hours the first drops will appear
7th Done
8th Dig your grave
9th Go into the grave
10th Drink it 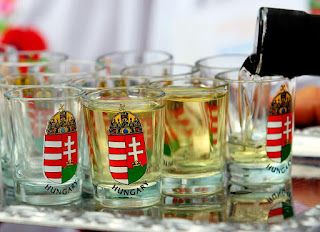