Bill Gates was born on 28th of October in 1955 in Seattle. Bill Gates is that person, who’s an American programmer; informaticist; inventor; entrepreneur; financier; bridge player; investor; philanthropist and the lead-director of the world’s richest company. Bill Gates is the second richest man in the world. The first is Vladimir Putin. Mr. Gates has about $97.4 billion which is about 2,719,561,573,455.06 HUF. He is the founder and owner of Microsoft from 1975. At the end of the 20th century he had a very important role in the micro-computer (which is the normal size today) industry of the world. He had a funny cast in The Big Bang Theory . From that episode we could hear that he is a very kind person and Leonard met him a few years ago (with his mum). Leonard wasn’t a child when it happened. Leonard cried. So Bill Gates made that software, what I wrote this text with. The first Widows software was the ancestor of Windows 10 that I’m using now.
No comments:
Email ThisBlogThis!Share to TwitterShare to FacebookShare to Pinterest
Labels: Famous People

Marshmello is a famous DJ and YouTuber. He has a big white bucket on his head that’s why he is called Marshmello. His most famous songs are "Alone," "Friends" and "Happier." "Alone" has more than 1 billion views! In "Friends" Anna-Marie sang. He’s currently the 29th most subscribed to YouTuber. His first song was "Wavez" in 2015.  Once he went to Ninja Warrior and he beat it on first try! He does live concerts too. Wikipedia says that he is Christopher Comstock but we don’t know who he really is. The English version of Wikipedia also says that he is 26 years old while the Hungarian version says he is 61. I think I believe the English version a bit, just a bit more. Lately he had his skin in Fortnite and his concert in an in-game event. He is one of the most famous DJs today. 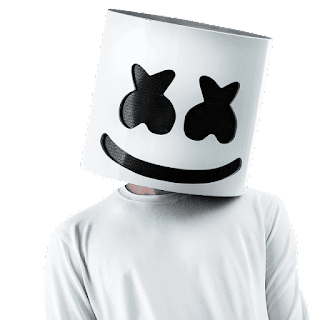 No comments:
Email ThisBlogThis!Share to TwitterShare to FacebookShare to Pinterest
Labels: Famous People

The game about blue pillows {Poetry}

There was a guy, John,
He made a cute game about
Eating blue pillows.

No comments:
Email ThisBlogThis!Share to TwitterShare to FacebookShare to Pinterest
Labels: poetry

He started coding on a Commodore 128 when he was seven. He first made little type-in programs, but later, he worked on bigger projects like Wurm Online. He also worked for King and Jalbum. In the early 2000s, he started to work on a game called RubyDung. It was inspired by Dwarf Fortress, but Notch scrapped the idea after playing the game Infiniminer. Then he started working on Minecraft and published the first version in 2009. This game gained such popularity, even big companies wanted it such as Google and Microsoft. Microsoft bought the game in 2014 for 2.5 billion dollars.
After that, Notch left the company.

No comments:
Email ThisBlogThis!Share to TwitterShare to FacebookShare to Pinterest
Labels: Famous People 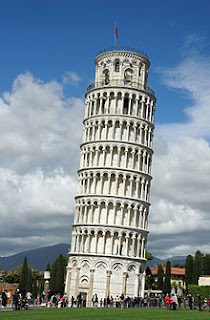 In Italy you can see a lot of famous buildings, but there’s something BIG, BEAUTIFUL and hard to make: the Leaning Tower of Pisa. It looks like it would be ready to fall over and that’s why I think, building the tower was very hard.

Construction: Construction of the tower occurred in three stages over 199 years. Work on the ground floor of the white marble campanile began on August 14, 1173 during a period of military success and prosperity. This ground floor is a blind Arcade articulated by engaged columns with classical Corinthian

The architect was Bonnano Pisano who was a sculptor